There are people who love celery with a passion. Others consider it just a vehicle for peanut butter. Most probably tolerate it as a crunchy textural addition to tuna salad or a passive flavoring to stuffing and soups. There are quite a few who find it boring, and then those who downright hate it. We admit that half of The Salad Lobby team fit into this latter category…until this Apple Celery Salad with Walnuts and Pecorino came along. 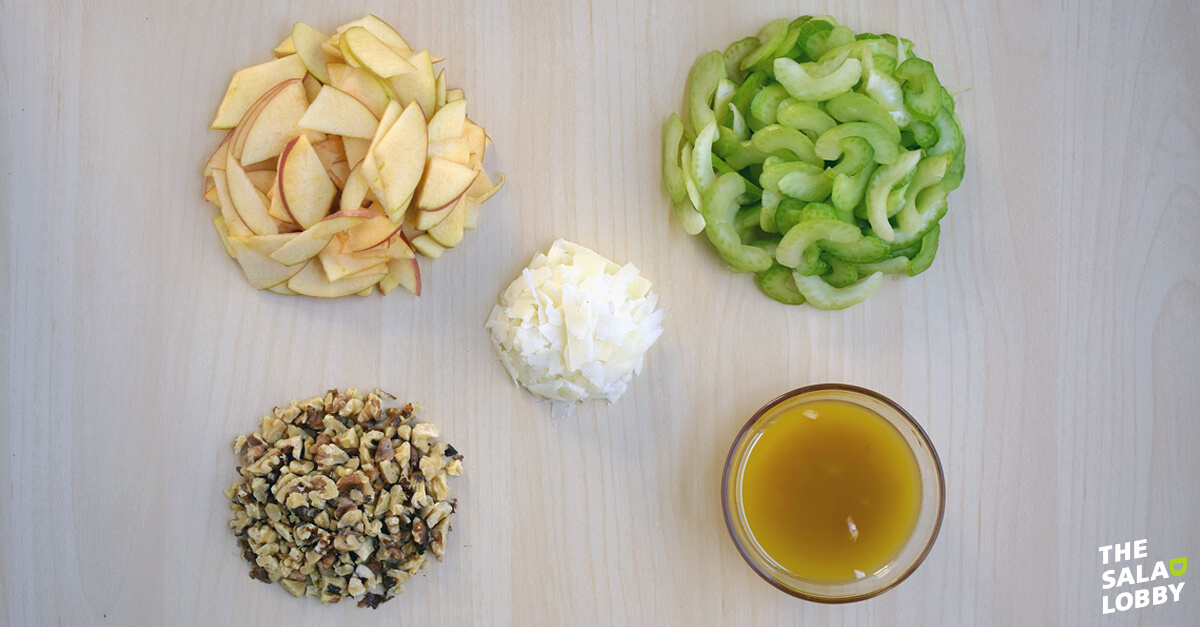 Whatever your sentiments are about celery, most people can agree that it rarely takes center stage in salad. Maybe it shows up as a friendly, crunchy background vegetable here and there. But who thinks of salad when they catch of glimpse of the celery in the produce section?

We at The Salad Lobby aim to change how you think about celery, starting with the Apple Celery Salad. 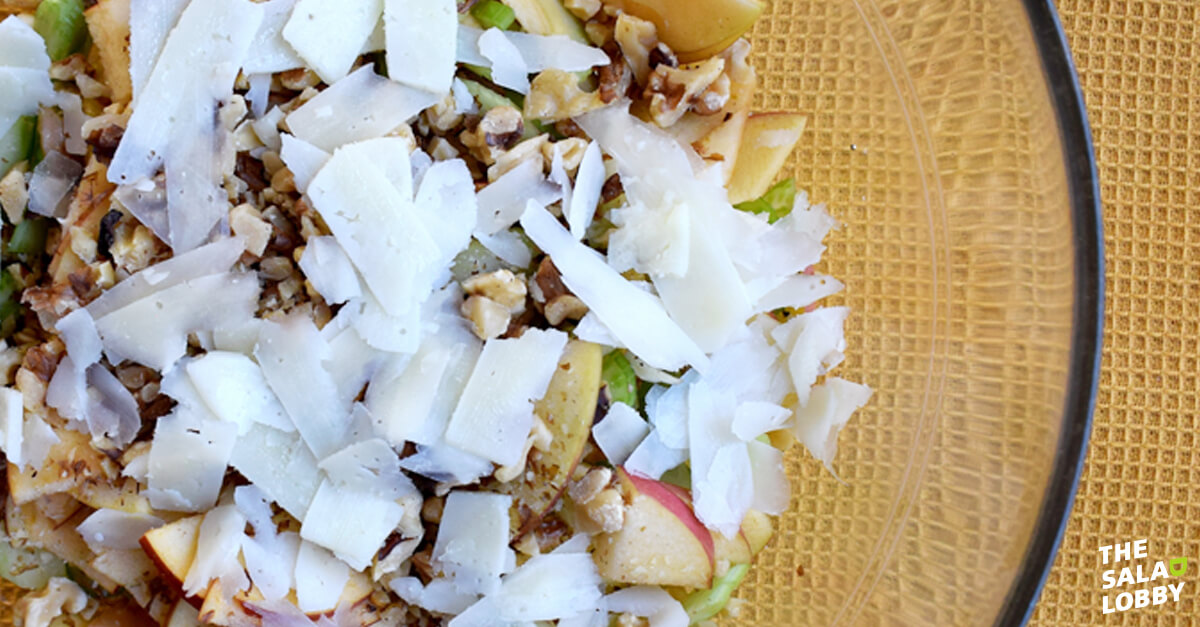 Because when have you ever seen the words “indulgent” and “celery” and “salad” in the same sentence? Well, now you have. Actually twice now if you read the recipe title. How about a third? This Apple Celery Salad with Walnuts and Pecorino tastes so good it seems indulgent.

When we at The Salad Lobby first tried this salad, we took a few bites and thought “Wow, this is some kind of delicious salad.”

Then we took a few bites more and said “Mmmmm” several more times. Then we finished the whole salad, licked the bowl clean, and thought, “That was so good, it was probably bad for me,” even though we had just eaten a pile of celery. 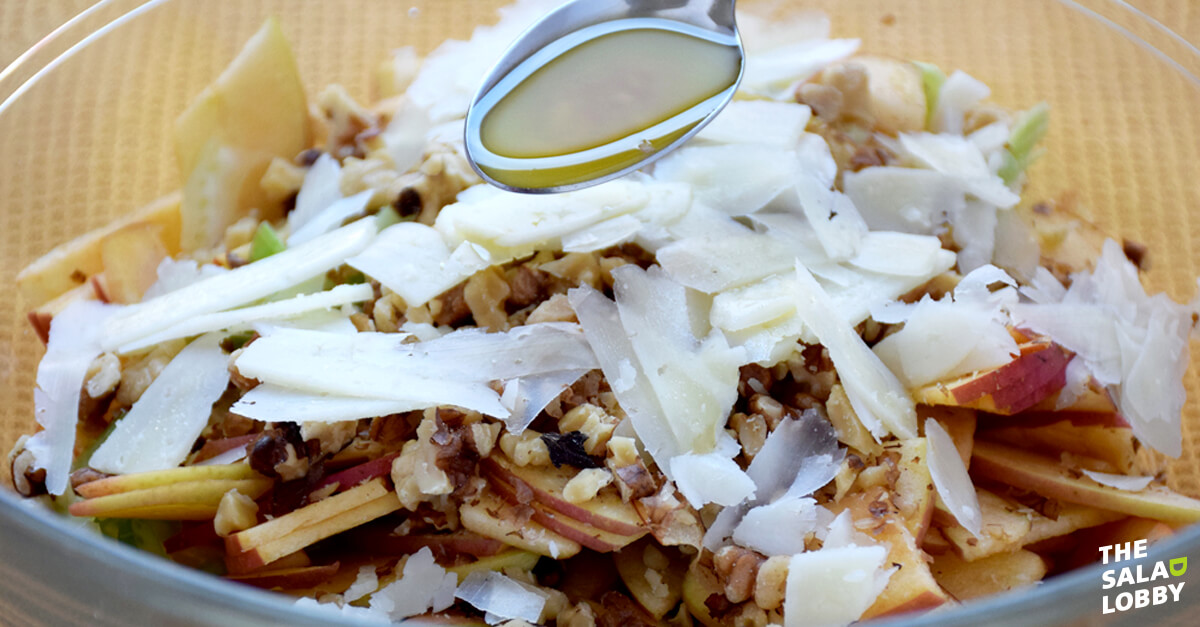 We admit the celery had a little help from sliced apple, toasted walnuts, and Pecorino cheese, but the satisfying crunch of the celery really carries the salad. A vegetable oft-relegated to soups and stuffing is now the stuff of elegance.

This is the salad to make when you want to impress your date, dinner guests, or in-laws, folks. (“You fell in love with him over celery?”) 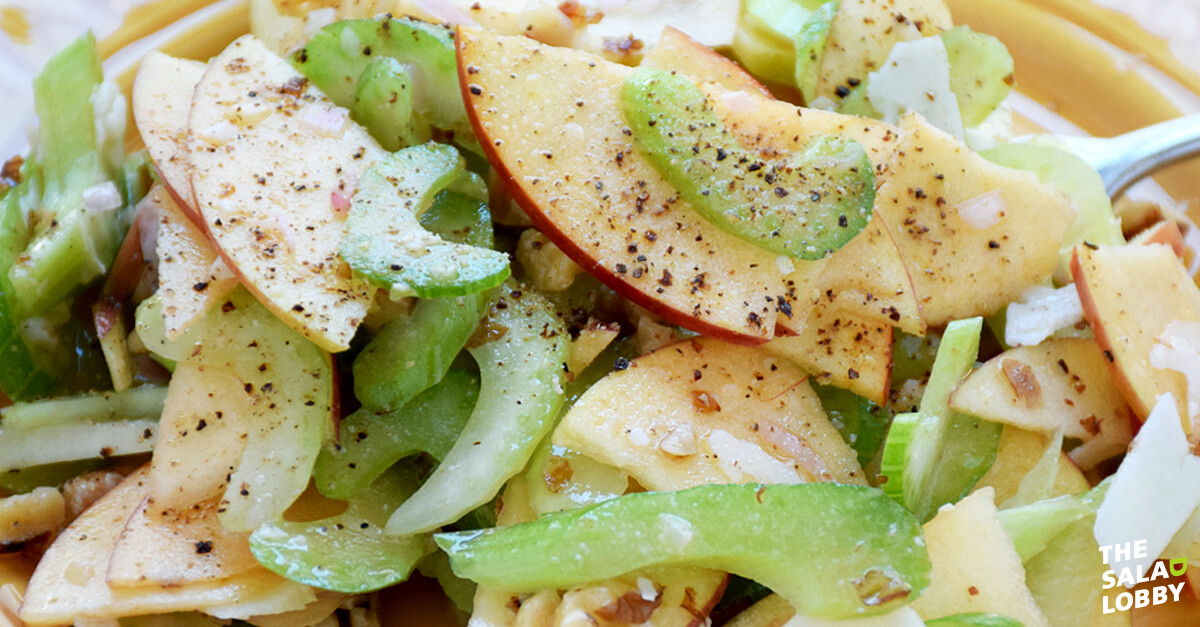 It may also make your other half, a long-time celery opponent who only begrudgingly accepts its existence, not only love celery, but advocate for its place at the table. 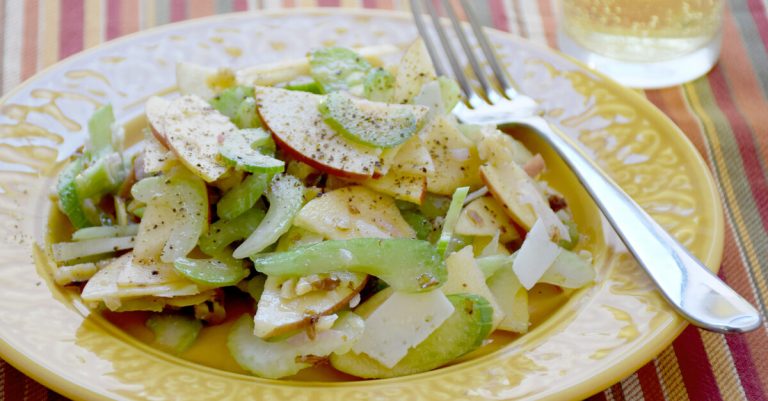