Who could have predicted Turnip would be one of the three candidates for Veggie in Chief?

Turnip is a controversial choice, especially for salad.

Supporters appreciate its bluntness and lack of pretension, while those opposed either find it tasteless or, at worst, bitter. In fact, research shows Turnip may be one of the most polarizing vegetables. Due to genetic differences, a percentage of the population perceives it as extremely bitter, while others sense just a slight harshness.

No consensus on Turnip

As a country, we have difficulty coming to a consensus on Turnip. Historically, it has been the butt of jokes. The facetious Turnip Prize in the UK awards the best mockery of terrible art with a trophy of a Turnip nailed to a block of wood. As British an example as this may be, many Americans who disparage Turnip feel the same about it. How can we stand behind a vegetable that serves a prize for the best of the worst?

Turnip suffers from a reputation as a food of farmers and peasants, not fit for the socially-elevated, modern urbanites’ consumption. Imagine a state dinner or campaign fundraiser where tuxedo-ed waiters serve turnips from silver platters to the plates of the American elite. The picture doesn’t fit, yet no one ever thought Broccoli would trigger a national debate either.

Though it is unlikely Turnip will every reach the ranks of a status vegetable, Americans may identify with it more than stereotypes suggest. Many can agree that Turnip is appropriate for certain dishes: gratins, soups, or other dishes where other ingredients dull its strange, cruciferous flavor. On the other hand, Turnip still sounds like an odd choice for salad and many, therefore, believe we’re not ready to embrace its role as a main player.

And yet, we cannot ignore its popularity among groups who rally around an underdog. Turnip has popped out of the woodwork at a time when the American people crave something different from the usual vegetables who claim to be in charge. Its surge is a fact we can’t overlook.

It may come as a surprise that those who know and love Turnip describe it as sweet and mild. Surprising for a vegetable with a reputation for bitterness, it shows there’s just a lot we don’t know about Turnip. 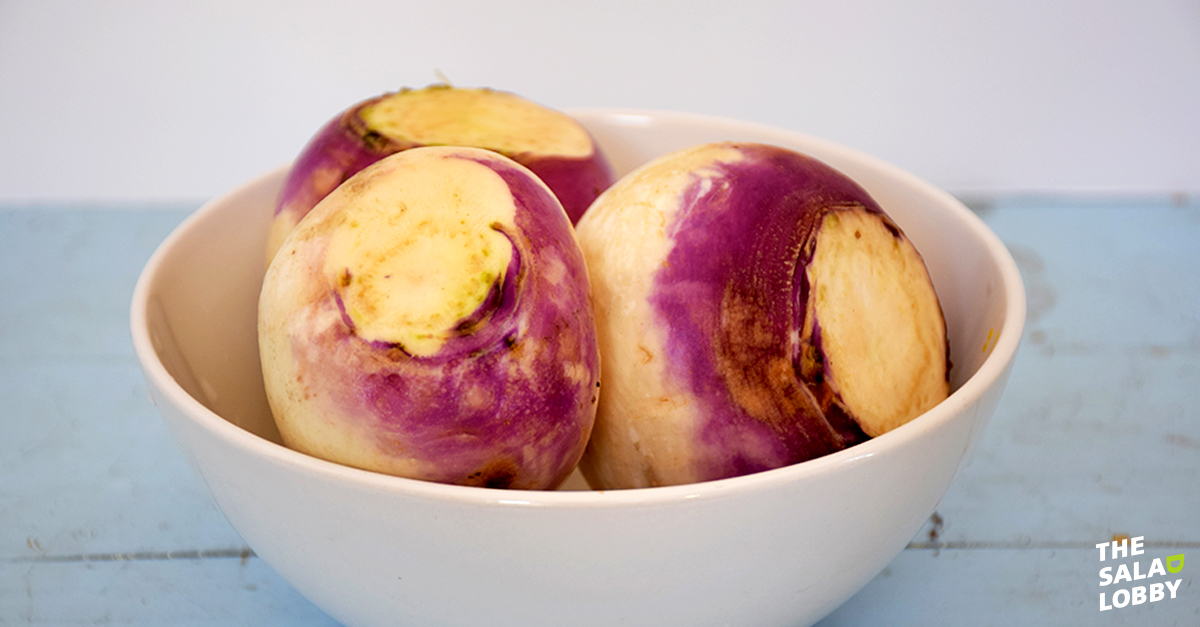 Take its top, for example, a part that is more culinarily versatile and nutritious than its globular root head. Many find Turnip’s top quite ridiculous, dismissively tossing it in the compost heap. We find it difficult to entertain that the top may have some value, especially to salad.

Whatever we think of its flavor, most can agree that Turnip is a strong, resilient root. An excellent choice to weather difficult conditions. It can last for weeks, months, even years in proper storage. This makes Turnip a practical and economical choice.

Turnip now wants to be taken seriously and we believe it deserves a chance. For as ridiculous as it may sound, the American people are primed to accept it.

It is time to embrace Turnip’s role in salad.

All we are saying, give Turnip a chance

Yes, we admit, nutritionally Turnip root doesn’t add up to a lot: it only provides some small doses of vitamin C and a bit of calcium, potassium, and fiber. But given this country’s obsession with arugula, a nutritional flat-liner, Turnip stands to rise in popularity and appreciation as well.

Though mostly considered for its root, its engine is really its top, which packs hefty doses of vitamin A, vitamin K, vitamin C, and folate. Give its top a little time with the American people, and we could see it toppling kale in national polls one day.

If any of us are familiar at all with Turnip, we’re used to experiencing it cooked. Raw Turnip is simply too raw for many of us. This is where incorporating it into salad can use a little stretch of the imagination.

First, let’s address the bitterness. Try to select roots that are small in size, as the larger ones tend to have less of the sweet, cruciferous flavor to round out the bitterness.

Turnip tastes like cabbage with a hint of radish, making it a great candidate for coleslaw. Think about pairing it with something sweet to complement its flavor. It may just need the right ingredients to go along side it to smooth it out and chill its pungency. Try lemon, thyme, or cheese with your salad.

Its texture can also make it challenging for salad. Similar to beet, it is crunchy but not necessarily crisp. Thinly slicing or cutting it into matchsticks makes it easer to chew.

Pickle it (just a little bit)

Another option is to pickle it. Pickled Turnip is common in Middle Eastern dishes and makes a wonderful, tangy addition to salad.

Turnip tops (or greens) can be used like spinach, kale, or other leafy greens in a salad. Given their strong flavor and dense texture, chop them into thin ribbons or mix with romaine or green lettuce.

Time and place for Turnip

Turnip is indeed a unique vegetable that many can’t imagine fully accepting into their salad repertoire. We as a country tend to like to stick with what we know. Yet we have to admit that there is a time and place for everything at the table. While it may come across as too harsh, or even tasteless, with no place in today’s salad, we at The Salad Lobby urge you to open your minds to Turnip’s possibilities.

Turnip exists for a reason, and it may not be as bad as you think. 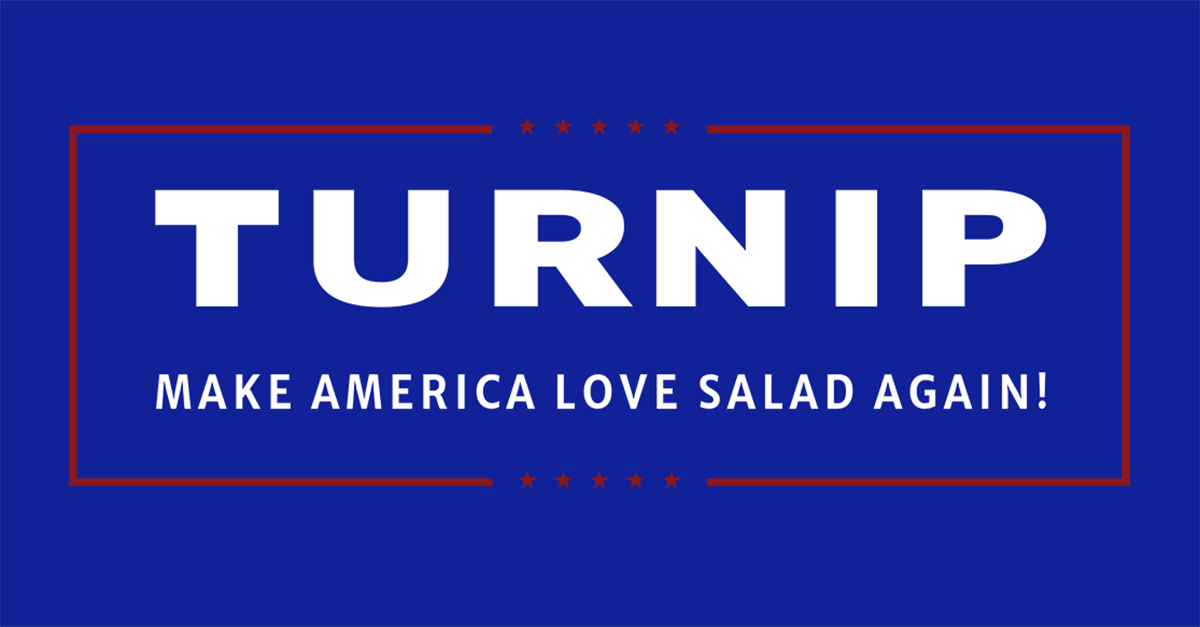